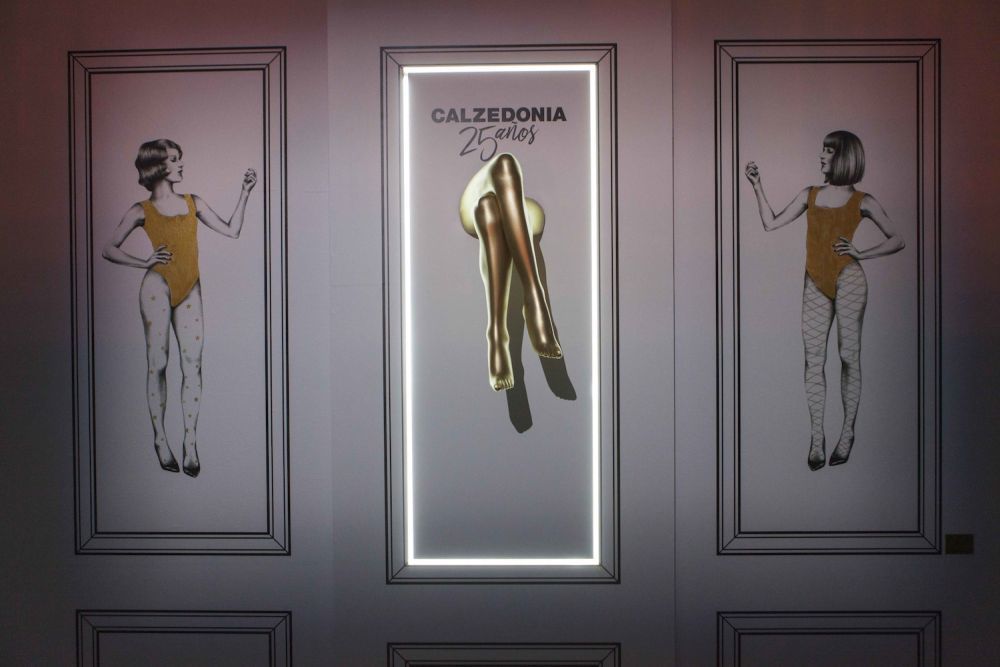 Calzedonia has just organized a very special party to celebrate its 25th anniversary and has done so in Madrid, choosing the Botanical Garden as its setting. This Italian firm, one of the best known in lingerie, attracted many celebrities to its party, especially people from business, film and fashion. These people did not hesitate to go through the protocol and attend the media.

Ana Antic, Paz Vega, Lucia Bárcena, Jesús Castro and Miranda Makaroff were some of the guests at this party that included, among their performances, a very special one: the saxophonist Anastasia McQueen. So special that they have not hesitated to highlight it in such important places as the Web of the prestigious fashion magazine, Telva.
(http://www.telva.com/moda/2017/11/29/5a1e8e3c22601db8078b45e9.html)

A Party Full of Surprises
The party was full of surprises, including the fact that several artists were hired to make portraits of the guests, who could go home with an original drawing by Nuria Riaza, Gisela Talita or Montserrat Salvat. Ramón Palacios Pelletier, the prestigious photographer, was in charge of immortalizing the event with her images. This was indeed an unforgettable night for all attendees due to its elegance and great doses of fun.

There were several artists who performed throughout the night, highlighting Gigi McFarlane who covered great hits of the greatest pop artists. Of course, Anastasia McQueen was also one of the sensations of the night when she took the stage with her saxophone, to make everyone dance.

Anastasia, Like a Fish in Water
Anastasia McQueen feels like a fish in water in these types of parties and events. She has already participated in many important events and has even closed parades for important designers. In this event, she conquered the stage with a sexy and elegant black dress and flirty stockings. She delighted everyone present with her music.

The performance was a success and Anastasia is now described in Telva as one of the best-known saxophonists; this gives us an idea of the recognition she is achieving as an international artist. Undoubtedly, this woman saxophonist knows how to get up to the task in all circumstances. It does not matter whether it`s in front of the anonymous audience of a nightclub or before the beautiful people at a prestigious party.